Who pays the owners of TV channels and why? 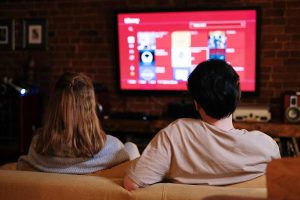 Before we get into details to understand how the business model of cable TV service providers and TV channel owners function, let’s not forget today there are packages like spectrum silver package that masses don’t hesitate to pay for. TV channels are available on-demand some are premium that offers exclusive content to their subscribers only. We get to see packages that are bundled up with more than one service under one bill coming in various formations to cater to all kinds of requirements from the unique customer base.

In this article, we shall shed some light on the early days, contemporary model of earning, and some potential predictions about coming days. So, before further ado, let’s get started:

Early days of cable TV channel owners and how they earned

First, we should distinguish between a cable channel that includes names like HBO, CNN, History, and OTA (over-the-air) channels including ABC, CBS, and NBC. We could see the OTA channels over the antenna or cable at our homes but, we could only see cable channels through a cable transmission (please exclude online streaming services for a moment.)

At the beginning of cable TV, there were few cable channels and programming options as such that cable TV companies would pay a monthly per-subscriber fee to the channel owners to fill their channel lineup. This fee was usually between ten cents to five dollars on each subscription and passed to customers on monthly terms. OTA channels got nothing as they were already free over the airwaves but, the FCC (Federal Communications Commissions) enforced “must be included” rules in their favor. That required any OTA channel signal that could be received at a cable head end “must-be-carried” on the system.

As time went along, cable channel owners have to pay a per-subscriber fee to launch a channel. That was due to an increase in cable penetration in the market. Somehow the cable channels were successful, with lowered salary. Then the cable channel owner would get, besides its ad revenue, a per-subscriber fee. In the meantime, the OTA channels won the right to charge cable companies “re-transmission fees” for the right to rebroadcast their OTA channel on the cable system, even though the cable companies were to carry that channel under FCC must-carry rules.

The main problem for cable providers is that people watch an average of only 12% of the channels that are available to them. Other than that, some cable channels such as ESPN and Disney want to raise the monthly price of their channels each time their annual/fixed contract comes up for revision or update, which infrequently leads to a blackout of these channels.

ESPN is the most costly cable channel in America and costs all subscribers between $6 to $9 per month, depending on the number of ESPN channels demanded. ESPN also practices its market dominance to force cable companies to carry the cable channel on their “family basic” OR, the lowest tier, and will not allow it to be put into a “sports package” although most people do not watch ESPN unless that is a big game going on. Those who never even turn ESPN on are still paying Disney (ESPN owner) about between $70 and $100 a year. That is not just Disney, as the same thing occurs with Viacom and MTV, VH-1, Nick, etc.

Two things have developed the cable TV view in the former five years. The first is that cable companies now make more money from granting internet services than cable TV, which shifts the stability of power from cable channel owners to cable TV companies during site consultations. The second more powerful change is not just the rise in streaming services like Netflix and Amazon Prime but also direct-to-consumer streaming of cable channels as well as OTA channels (i.e., HBO, CBS, NBC,.) Taken to its rational conclusion, this becomes an existential concern for a cable TV company as we could transfer them to being a “bit-pipe” with low value-added other than transmission. For indifferent cable TV channels such as TBS, truTV, and some niche channels, their future is also flat unless they create original content to keep users from cutting the cord.