Although, there are millions of PC and laptop users across the globe many of them may not be aware of the booting process and its significance. Even if it sounds very simple to boot your computer but, doing it correctly can be quite challenging for most users. Often, you will find questions on various technical forums regarding how to boot a computer properly. So, if you too have this similar question and want to understand the complete steps of booting your computer and purpose behind it, you can go through this article. 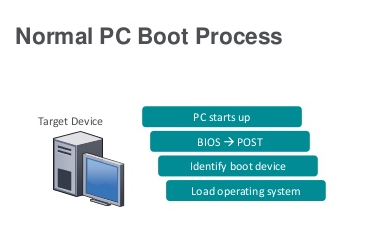 Here, you will get to know the importance of booting up of a PC by following appropriate sequence. Also, it will discuss the details of the internal process whenever you boot your computer. If you want to know how often you should initiate the booting or what tools are needed, this article can help you. So, let’s start with the most common question “what is meant by booting?”  Many PC users are still not aware of this. So, without further ado, let’s get into the topic.

What Is Booting And How Does It Affect When You Boot A Computer?

Whenever you turn on your PC or laptop, your system follows a startup sequence in order to start the Operating System properly. This process is known as booting or boot up and the instructions may vary according to the OS in your computer.

It also refers to the list of things that occurs in your device, starting from hitting the power button, fully loading the system and make it ready for use. When you hit the option for booting your PC, it checks every software and hardware component in it. Also, whatever files are required by your computer to run the OS, those are checked by the booting program.

In case someone wants to know what does bootable mean it mean to ‘boot’ a computer? You can either suggest them cold or warm booting for their device. So, before getting to the in-depth effects of your computer due to boot up, let’s discuss the classifications.

Types Of Booting For Your Computer

Nobody pays much attention to the types of boot up while asking “what is the booting process?” However, there are two different types to select from. Let’s have a look at the startup categories for your PC.

Usually, you can apply the soft boot process if your system is already turned on from the beginning. In this warm booting, you can restart the computer and allows the system to load OS again. Mostly, you need to perform a soft boot up when the PC was not shut down properly or in case of any technical issue while operating it.

When your computer starts from the very beginning or completely dead state, it is called a hard booting. It means none of the components had any access to power before you pressed the ‘Start/Power’ button. Often, this booting option can be considered as a self-test power-on mode for computers. Hence, to start your computer in cold boot, you need to hit the ‘Power’ key on the device.

What Happens To Your PC When You Boot It?

Many users don’t know the details of processes going on inside their devices when they boot their PCs. So, if you want to understand what happens when we boot a computer? go through the following steps in the given manner:

How To Boot A Computer And What Are Its Advantages?

Before going through the steps to boot your computer properly, you must go through the list of benefits by booting it. However, you should also consider initiating the boot up mostly during the night instead of the day time. One of the main reason is that it can save your time that can get hamper while booting your PC at day.

Reasons To Boot Your PC

The following points will help you to understand the advantages of booting a computer.

Your computer has this volatile memory, known as RAM, which remains in constant flux. Whenever you boot your system, it allows the random access memory to flush out previous information. This, in turn, helps to start new processes efficiently and faster than before.

Often, you forget to close some programs properly and this can lead your system’s memory to leak. When the computer is in use (turned on), it continuously utilizes the RAM and CPU unit. However, with rebooting, this process gets some rest and the memory returns back to the computer until the startup. If you don’t boot your system once in a while, it might keep the memory engaged and cause leakage.

Most PC users don’t even know that their computers run a self-diagnostics procedure with every reboot process. Hence, if there are any temporary or minor errors in your system, it can be resolved using rebooting. It can include issues like bugs, freezing or browsing problems, which you can fix by simply clicking the restart option.

Many times, computers can have technical issues that might lead to stopping the updates process. Also, if you install new software and expecting new updates regarding it, restarting your PC can help. In case you install a software and want it to take effect, a quick reboot can activate the necessary patches and updates.

Simple Steps To Boot Your Computer

Sometimes, a certain situation can arise when you need to boot your PC for urgent reasons. There are many customers who don’t know what is needed to boot a computer? And thus, they keep looking for suitable answers. Hence, the basic requirements for booting a computer is a working motherboard, random access memory (RAM), CPU and a complete version of the Operating System.

As compared to installing OS, booting up is quite different and requires one-time activity. Also, if your system is already having an OS, it will be easier to boot the PC. Next, you need to follow a few steps for carrying out the bootup process in your computer. So, let’s discuss them in the following points.

In the end, wait for the system to complete the BIOS set up procedure and load the OS properly. There are other methods and options to boot a computer based on your system’s requirement. Hence, you can consult hardware or computer professional in computer repair to guide you through the technical procedure for booting up your PC correctly. This will be all about Booting.