There are multiple processes running in Windows OS that serves different purposes. Among them, Superfetch service is a unique one. Mainly, it is the service host program in Windows-based devices that can highly impact the performance of its hard drives. If Superfetch is working perfectly, it can help the hard drive to run smoothly. Otherwise, any technical issue with the service host Superfetch can lead to slowing down of Windows system. In many cases, users are also facing problems with their internal SSDs (Solid State Drives) due to Superfetch error.

Many customers get suspicious regarding running Superfetch service on Windows, as it may also cause high CPU usage on PC. Some users may want to stop it as they don’t know what does the Superfetch service do? Or, how to disable this Windows service. So, if you are looking for some solid information on Superfetch, keep reading this article. Here, you will get to know the main purpose of this service and easy steps to stop or disable Superfetch. 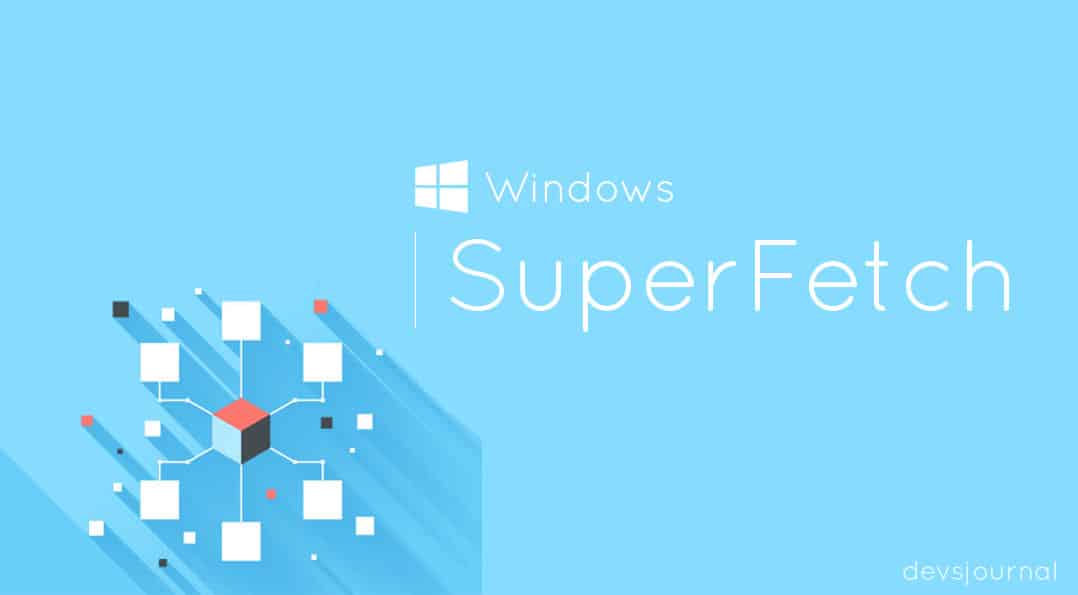 What Is The Purpose Of Superfetch In Windows Based Devices?

The Windows developers have included the service host Superfetch in the Operating System for Vista and later versions. So, if you remember the Prefetch service in Windows XP, the Superfetch is the successor to it. The technology used in this Superfetch service is exclusively for managing the random memory of your device. Hence, its function is to ensure that the programs on apps on Windows-based PCs are working efficiently.

In case Windows having any critical components and third-party software, Superfetch helps in quickly executing them. For this purpose, the Superfetch service prefers RAM over hard drive for reading and storing the data. It mostly uses this method for commonly used apps that the user may run on a regular basis on Windows.

The host service Superfetch fetches the data directly from the RAM. Hence, it makes the reading and executing phase of programs faster as compared to the hard drive. For those who want to open commonly used apps quickly, Superfetch can be a wonderful tool.

The following queries can help to understand the features and myths regarding Superfetch service in Windows.

Does Superfetch Service Cause Disk Usage Problem In Windows?

Many customers ask “what is service host Superfetch in Windows 10” as they are not sure of this usage. However, most of them have noticed certain changes in their systems while running Superfetch service.

Basically, the program of Superfetch attempts to speed up the Windows system by performing three main tasks. So, it reduces the booting time needed for Windows on your system. Also, it performs several processes to remember your usage pattern on Windows. Superfetch also helps to quickly load the apps that customers prefer to run almost every day.

According to a large group of users, Superfetch causes more problems than providing solutions for Windows apps. As this service tends to run in the Windows background most of the time, it ends up utilizing system resources drastically. Hence, if Superfetch starts using RAM and CPU, it can affect the overall performance of your device and cause slowing down.

Can Superfetch Service Cause Any Damage To Windows?

There are users who post this query “can I disable Superfetch service” on many Windows discussion forums. The fact that they fail to understand, is the main functionality of Superfetch in Windows PCs. Its purpose is to act similar to drive caching and copying mostly run files to the RAM.

This is why it allows fast booting of programs on Windows by running Superfetch. However, there are many customers who are still using Windows-based systems lacking the latest hardware or processor. It can be an important reason behind high disk CPU usage issue with the Superfetch service.

For those who aren’t tech-savvy, they may feel Superfetch high disk issue as a serious threat on Windows. However, it is a rare condition when this error can damage your system due to overutilization of resources like CPU or RAM.

Whether You Should Stop Service Host Superfetch In Windows?

At times, Superfetch needs to use your device to its maximum potential for responding to I/O request handling. Hence, it tries to access the RAM or processing unit  for collecting files that you have been accessing recently.

How Can You Stop Or Disable Superfetch Service On Windows Based Device?

You must weigh all the pros and cons before disabling the Superfetch in your Windows PC. For those who have this question “how do I stop service host Superfetch”, you can simply disable the program by following proper instructions. So, let’s have a look at some methods to fix Superfetch high disk usage problem on Windows 10 or any other OS version.

You can deactivate Superfetch on Windows by accessing the Services window using the Run dialog box. So, press the Windows key and the R simultaneously and then write ‘services.msc’ in the box. As you will click ‘OK’, the Services window will appear on the screen.

From the list of services, choose the option of ‘Superfetch’ and right-click on it. Then, hit the ‘General’ tab on its properties window. After this, go to the section for ‘Startup type’ and hit ‘Disabled’.

To make sure that the host service Superfetch is no longer running on Windows, open the Task Manager. To do so, press ‘Ctrl’, ‘Alt’, and ‘Delete’ keys altogether for access Windows Task Manager. There, you can see if the disk usage is high after disabling Superfetch.

Another way to stop the service of Superfetch is by disabling service host on Windows Registry. So, follow the steps from method 1 to access the Run dialog box. Then, write ‘regedit’ in the space and press the ‘Enter’ button.

As you select this, a list of items will appear including ‘Enable Superfetch’ option. In case you can’t open it, go to ‘PrefetchParameters’ and right-click on it. Make sure to set the value for DWORD as ‘0’ instead of ‘1’ for disabling Superfetch on Windows.

Finally, save these changes by clicking on the ‘OK’ button and come out of the registry editor. Also, reboot your PC to see if the disk usage is still high because of host service Superfetch.

Hopefully, now you have gained some useful insight into the Superfetch service in Windows-based computers. For more information and troubleshooting actions regarding this memory management service in Windows, you can look for similar articles on Superfetch.